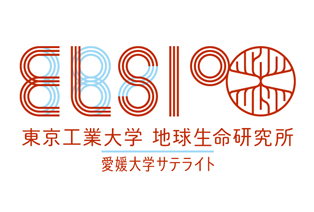 The Earth-Life Science Institute (ELSI) of Tokyo Institute of Technology was launched in December 2012 as part of the World Premier International Research Center Initiative (WPI) of the Ministry of Education, Culture, Sports, Science and Technology (MEXT.) The WPI grant is awarded to institutes with a research and administrative vision to become globally competitive centers that can attract the best scientists from around the world to come work in Japan.

ELSI’s research mission is to elucidate how our planet was formed and how its early environment allowed for the rise of initial life and its subsequent evolution to complexity. What distinguishes ELSI from other institutes studying the origins of life is our emphasis on placing the study in the context of the specific ecological system of the early Earth.

In addition to our domestic satellite center at Ehime University, ELSI has the collaborative support from our international satellites, the Institute of Advanced Study and Harvard University. Through these overseas alliances, we will actively exchange research insights as well as new ways of research operation and administration. By making English our institute’s language and by breaking away from conventional rules of operational conduct, our goal is to become an institute that can provide a working environment with the highest international standards to our researchers.