Geodynamics Research Center (GRC) was founded in April 2001 as an advanced research center of Ehime University for studies of the structure, constitution, and dynamics of the Earth’s deep interior.The staff members of GRC are the former members of Faculties of Science and of Engineering, who now form three new research groups in GRC: (1) Ultra High Pressure Synthesis Laboratory (UHPSL) group studies phase transitions and other chemical and physical processes under very high pressure and high temperature using large volume ultra-high pressure apparatus.Application of other latest technologies including synchrotron radiation to the materials sciences of the Earth’s deep interior is also pursued in this group. (2) Seismological Laboratory (SL) group focuses on the tomographic imaging of the Earth’s deep interior in both regional and global scales using millions of seismic data, and also studies dynamics of the interior of the Earth based on computer simulation techniques. (3) Physical Measurements Laboratory (PML) group develops technologies to produce high pressures in large-volume gas apparatus and to measure some key physical properties relevant to the Earth sciences under pressure. In addition to these groups, GRC has a Foreign Guest Professor Division, where researchers in mineral physics, seismology, geodynamics, etc. are invited for collaborative projects or sabbatical leaves for 3 – 12 months from overseas.

The GRC members are actively involved in collaborative projects among the above groups; one example is to develop experimental techniques to measure elastic wave velocities of high pressure phases under high pressure and high temperature, using a combination of multianvil device, ultrasonic measurement tool, and synchrotron radiation, which was just started as a collaboration of UHPL and PML groups. GRC also has a center seminar (Geodynamics Seminar) on a regular basis, and always welcomes speakers and audience from outside the center. GRC staff members also involves education program in Ehime University, and accepts PhD and master course students, as well as undergraduate students, for studies of experimental and computational Earth and relevant sciences.

A new building to accommodate GRC and other research centers will be completed by the end of 2002, and many new equipments, including the unique SEM Raman spectroscopic analyzer, are expected to be purchased in our 2001 and 2002 financial years.Thus we will provide excellent environments for advanced studies of the Earth’s deep interior based on latest experimental and computer technologies. GRC locates in Matsuyama, the largest city in Shikoku island, where we have a beautiful castle, the oldest hot spa in Japan, etc, and is an ideal place to live in as it has rich nature and modest climate throughout a year.We hope to see you here at GRC in the local town of Japan. 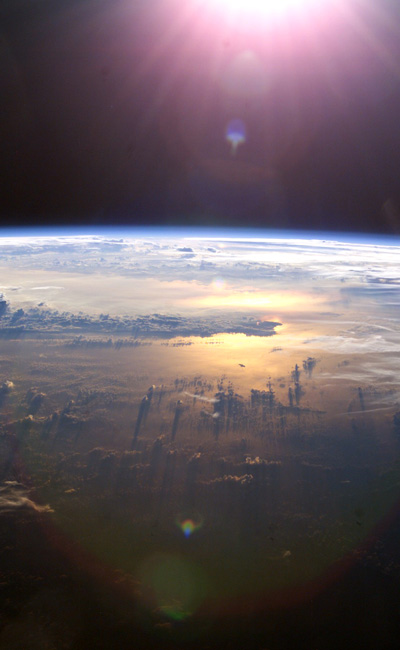 Geodynamics Research Center (GRC) was founded as an advanced research center of Ehime University in 2001. Since then, GRC has been greatly contributing in cutting-edge studies, as well as in mentoring young scientists/students, in deep Earth mineralogy and related research fields, based on novel technologies in high-pressure experiments and numerical simulations. As a result, the proposal of GRC to form a globally acknowledged Center of Excellence in “Deep Earth Mineralogy” was selected as one of three Global COE programs in Earth sciences run by the Ministry of Education, Culture, Sports, and Technology (MEXT) of Japan. GRC was also approved as a national joint-usage/joint-research organization with the name of “Premier Institute for Ultrahigh-pressure Sciences (PRIUS)” by the MEXT in 2013, and has been functioning as an international hub for research collaborations offering its facilities and technologies to the users. GRC locates in Matsuyama city in Shikoku island, where the oldest hot spa in Japan (Dogo onsen) and the beautiful Matsuyama castle are within walking distances from GRC. Matsuyama is an ideal place to live in as it has rich nature and modest climate throughout a year, and we hope to see you here at GRC in the local and historic city of Japan. 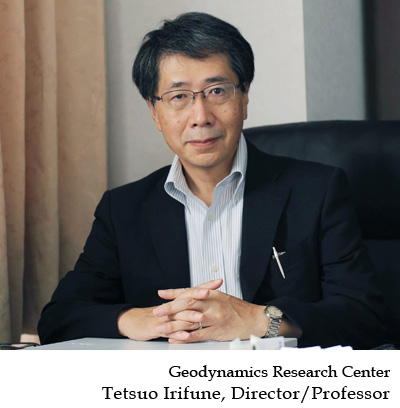 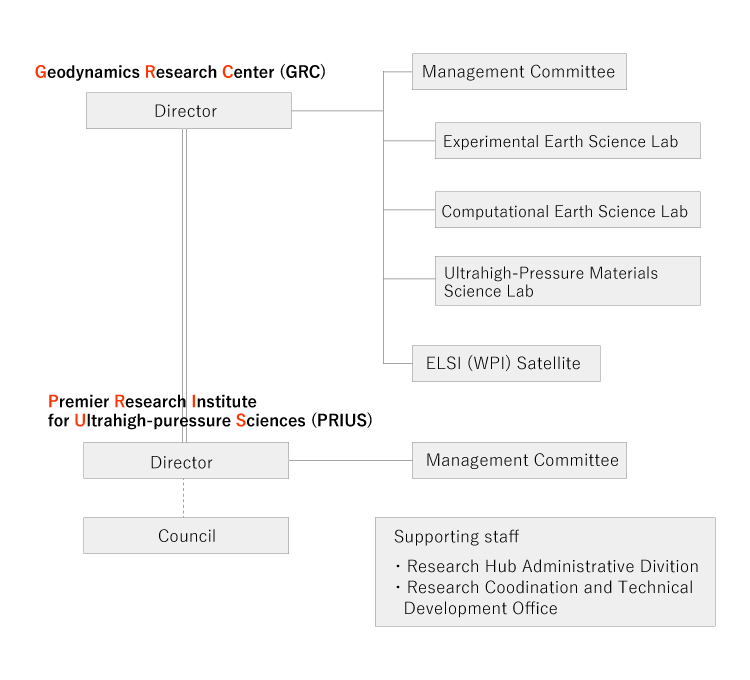